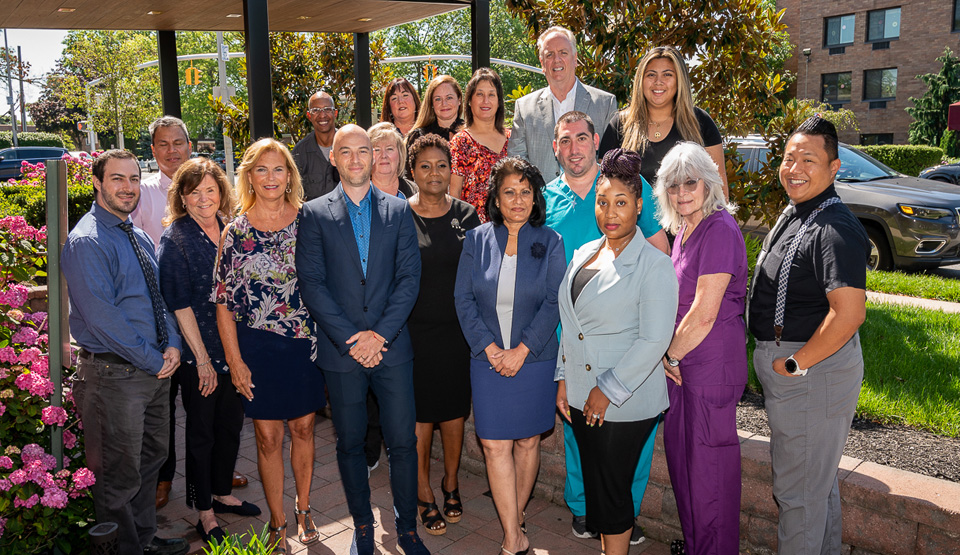 Born and raised on Long Island, Jane has been in healthcare her entire career. She started out as a business representative for Booth Memorial Hospital in Flushing, New York, which was run by the Salvation Army. She left there to raise her family and continued in healthcare part-time at a practice in Oyster Bay, where she became office manager. In the early 90's healthcare began to change, and she then proceeded to work for North Shore Hospital at Glen Cove. She chose to go back and become a certified coder which led her to employment at Winthrop University Hospital, which is now NYU Long Island. She has always found healthcare to be an interesting and rewarding experience, and we are so fortunate to have Jane as the Concierge at the Grand Pavilion!